The Sarasota Young Professionals Group, a program of the Greater Sarasota Chamber of Commerce, is proud to announce Murray Devine as the Young Professional of the Year announced at the YPG Summit: Thrive hosted at USF Sarasota-Manatee on July 21. 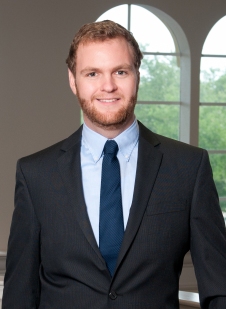 Young Professional of the Year, Murray Devine of the Community Foundation of Sarasota County

This award, which in years’ past has been announced at The Chamber’s Annual Small Business Awards, recognizes a young professional in the Sarasota region that has demonstrated outstanding leadership personally, professionally, and in our community.

Murray Devine is the Manager of Communications and Marketing at the Community Foundation of Sarasota County, overseeing the Foundation’s communications, media relations, social media, and marketing efforts for the last three years. He also directs the branding, strategic communications, and promotional efforts for the Giving Challenge, which benefits more than 600 local non-profit organizations, as well as Season of Sharing, which provides a safety-net for families living under the threat of homelessness. Originally born and raised in South Africa, Murray has been proud to be able to call Sarasota his home for the last 14 years. Murray believes in the power of results-based, strategic communications and storytelling to build movements and drive positive social change in communities. Through his work, Murray most enjoys telling the various stories of good things happening in our region and being able to give back to the community.

Get ready to ROCK…for a Cause! The Sarasota Young Professionals Group and S-One Holdings Corporation are teaming up again this year to host the 2nd Annual Rock for a Cause at Payne Park on Saturday, November 21st.

An event for people of all ages, Rock for a Cause celebrates local music, local business and community in Downtown Sarasota. Local musicians will compete in a battle of the bands to win a $1500 prize as well as $3500 to donate to a Sarasota County school music program of their choice. END_OF_DOCUMENT_TOKEN_TO_BE_REPLACED

The Sarasota Young Professionals Group (YPG), a program of The Greater Sarasota Chamber of Commerce, is proud to announce its 2015-2016 Board of Directors.

The YPG Board recently swung into their 2015-2016 year with an annual retreat on Saturday, September 26 at the Circus Arts Conservatory. They met as a group to establish their goals, but learned to take risks and establish trust both with each other and on the trapeze. 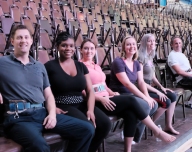